According to the Arthritis Foundation, Juvenile Dermatomyositis, or “JDM” is rare disease found mostly in children, which afflicts an estimated 3,000 to 5,000 children in the United States.  The first signs of JDM are skin rashes, often around the eyes or cheeks, on the knuckles, knees, or elbows, or on the chest and back.  Later symptoms are muscle inflammation causing weakness, fatigue, and pain. The Arthritis Foundation and Boston Children's Hospital provide helpful information about JDM.

The exact cause of JDM is unknown 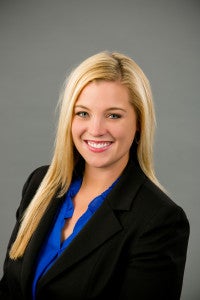 but it is believed to be an autoimmune disorder, meaning something has caused the child's immune system to attack the body's blood vessels, which in turn causes the inflammation of muscles.  It is this autoimmunity factor which recently resulted in the vaccine court recognizing that JDM was caused by a child's vaccinations.

Late last year, in October, a special master of the Court of Federal Claims ruled in favor of the family of a four-year-old child who developed JDM following his DTaP, MMR (measles, mumps, rubella), polio, and varicella (chicken pox) vaccinations.  The special master found that one or more of these vaccines, in combination with the child's genetic predisposition, resulted in an abnormal immunity response leading to JDM.  Interestingly, the discussion in the decision suggests the conclusion might be the same for an adult suffering from a Dermatomyositis disorder.

For more information about Vaccine Injuries, and what Vaccine Injury Pros can do for you, visit our Contact page or call toll free at 1-844-589-2889.