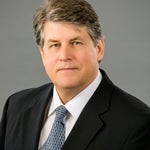 Richard H. Moeller has been a lawyer since his graduation from law school in 1985.  After taking his first Vaccine Injury case in 1998, Richard has been actively representing petitioners in the Vaccine Injury Program for the past twenty-plus years.  In just the last ten years, he has or is currently the attorney of record in over fifty claims, involving neurological injuries, autoimmune conditions, and shoulder injuries (SIRVA).  He takes pride in carefully examining each situation presented to him with an eye towards accepting cases that offer a reasonable basis for recovery.  He and his partner, Coy Weidner, personally engage with people who contact Vaccine Injury Pros, instead of using case intake workers or screeners.

As a member of the Vaccine Injured Practitioners Bar Association (VIP Bar), Richard is able to share with other members the collective experience and insight of lawyers whose only or primary area of practice is representing persons with vaccine injuries.  The VIP Bar was also instrumental in preventing recent attempts to remove shoulder injuries as a covered adverse reaction.

Richard is a 1982 graduate of Iowa State University where he earned his Bachelor of Science in Industrial Engineering, with distinction, and was invited to membership in the Tau Beta Pi Engineering Honor Society.  Richard earned his Juris Doctor in 1985 from the University of Iowa where he graduated with distinction.  He is admitted to practice in the State and Federal Courts in Iowa and Nebraska, as well as the Eighth Circuit Court of Appeals, and the United States Court of Federal Claims.  Richard is a member of the Iowa State Bar Association, a past two-term member of the Iowa Supreme Court Commission on the Unauthorized Practice of Law and of the Iowa Supreme Court Grievance Commission, and past President for the Woodbury County Bar Association.